Inspired by Elbert Hubbard’s own belief in stimulating his workers with lectures, the Roycroft is excited to bring back speakers to the Campus.

The Roycroft Campus is once again offering a new History Course this Fall, all done virtually.  The course will look at the “Masters of the Arts & Crafts,” John Ruskin, William Morris, Gustav Stickley and Elbert Hubbard II.  Think of it as the Mount Rushmore of the movement. Through these four individuals, you will have a better understanding of the Arts and Crafts, and its key players. A different guest speaker will lead each class, which takes place on Zoom, Saturdays at 11:00am eastern standard time in November.

The Roycroft History Course is $20 for each individual presentation, or register for the whole course and save $10, all four classes for $70. Register Now.

Saturday, November 7th at 11am EST

John Ruskin: A Radical and Humane Visionary, An Introduction 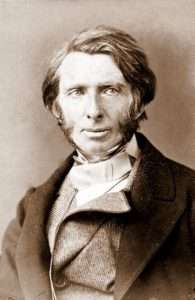 During the nineteenth century, John Ruskin was one of the most famous men in Europe, America, and the United Kingdom. His books stressing the importance of great art and architecture in any society desirous of seeing itself as civilized were read by almost all educated people and his prose style was always applauded as one of the most eloquent ever rendered in English. When he gave public lectures, they frequently had to repeat them twice, the turn-out was so large. When he died in 1900, the disappearance of his genius was lamented all over the world. And yet, today, few have heard of Ruskin, despite the fact that, as this talk will emphasize, his work on aesthetic matters and social criticism (he was one of the first to call his industrial order to task for wantonly destroying the beauties of nature and impoverishing millions for the sake of becoming rich), remains remarkably relevant to our own era. This talk will serve as a general introduction to Ruskin, his work, and times. It will explain why he has fallen off the cultural radar and propose that, should we wish to find suggestions of enduring merit for how we might extricate ourselves from the painful world-wide predicament in which we moderns find ourselves in, we would be well-advised to begin a serious reassessment of Ruskin.

Jim Spates is Professor Emeritus of Sociology at Hobart and William Smith Colleges in Geneva, New York. He is the Co-Founder (with Sara Atwood), in 2020, of The Ruskin Society of North America, webmaster of the blog site, https://whyruskin.wordpress.com, a Companion of Ruskin’s Guild of St. George, a Member of the Roycroft Campus Community, and a Member of The Ruskin Art Club in Los Angeles. With another Guild Companion, he has led—and plans to lead more!–various Ruskin tours in the UK and Europe.
For the last three decades, he has lectured regularly in both the UK and US, on various aspects of Ruskin’s life and work. He is the author of many published articles on Ruskin and of the book, The Imperfect Round: Helen Gill Viljoen’s ‘Life of Ruskin.’ Currently, he is writing Availing toward Life: The Radical Social Thought of John Ruskin, a book dedicated to making Ruskin’s masterpiece of social and economic criticism, Unto this Last, accessible to a new generation of readers.

Saturday, November 14th at 11am EST

Master of All Trades: William Morris’ “True Secret of Happiness” 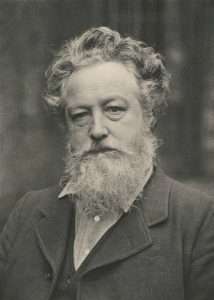 David Latham will give an illustrated introduction to William Morris, the Olympian genius who inspired Elbert Hubbard to found the Roycroft Arts and Crafts community and was considered by Hubbard as a “prophet of God.” A jack of all trades and master of them all, Morris stands remarkably at the forefront of six historic movements in Western culture: the Pre-Raphaelite movement in the 1850s, the Arts and Crafts movement in the 1860s, the architectural preservation movement in the 1870s, the Socialist movement in the 1880s, the prose romance movement in the 1890s, and the private press movement in the 1890s.  Each of these six historic movements will be illustrated by Morris’s Pre-Raphaelite poetry, by his furniture, wallpapers, tapestries, and stained glass, by his political lectures for revolutionizing the nature of work, by his visionary prose which Yeats praised as the most beautiful language ever written, and by the font, watermarked paper, and illustrations he designed for the most beautiful books ever printed.

David Latham has retired from the Department of English at York University where he taught Victorian studies and where he continues to edit The Journal of Pre-Raphaelite Studies. He is also, with Lesley Higgins, the co-general editor of The Collected Works of Walter Pater, a ten-volume edition published by Oxford University Press. His books, chapters, and articles are on Victorian and Canadian literature.  He and his wife Sheila lived in Morris’s Kelmscott House in Hammersmith in 1978-79, and they have been writing “William Morris: An Annotated Bibliography” for The Journal of William Morris Studies as a labour of love every two years since 1983.

Saturday, November 21st at 11am EST

Gustav Stickley, The Man and His Mission 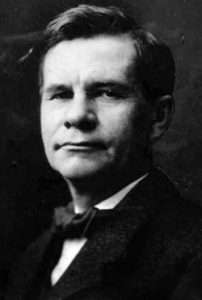 Gustav began his furniture career in 1876. How did he get to where he is today? I will give a brief background of Gustav Stickley and the progression of his life with furniture. I’ll do this through who he worked with and what he was producing. I will wrap up the presentation with an explanation of what’s going on with his Columbus Avenue home in Syracuse, NY.

David Rudd of Dalton’s American Decorative Arts has been a dealer of decorative arts and has operated his gallery at 1931 James Street in Syracuse, New York since 1981.  He specializes in decorative arts of the 20th century with an emphasis on Stickley Craftsman furniture and accessories of the American Arts & Crafts Movement, including American art pottery, metalwork and textiles. He has been a consultant to Christie’s Auction house in New York and hired as an independent appraiser. He also writes a Q&A column for the quarterly magazine publication American Bungalow.

Mr. Rudd studied art history and design at the State University of Buffalo, and art history, sculpture and photography at Syracuse University.  He has been an exhibition consultant to the Everson Museum of Art and Rochester Institute of Technology as well as a consultant and appraiser of architectural renderings for the Onondaga Historical Society.

In 1993 Mr. Rudd was instrumental in starting the Arts and Craft Society of Central New York and is past president of its board of directors.  In January 2006, Mr. Rudd was elected to sit on the board of trustees of the Stickley Museum at Craftsman Farms in Morris Plains, New Jersey.  In 2009 he was invited to become a member of the prestigious group The Antiques Dealers Association of America. In 2010 accepted a position on the board of The Stone Quarry Hill Art Park in Cazenovia, NY. Most recently Dave Rudd has become the president of the board of the Gustav Stickley House Foundation in charge of raising money towards the restoration of Stickley’s home and the incredible interior located on Columbus Avenue in Syracuse, NY.

Saturday, November 28th at 11am EST

Burt Hubbard: The Forgotten Son Who Saved the Roycroft 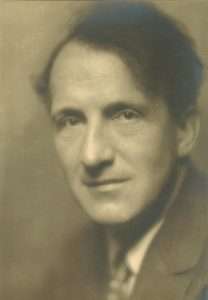 Elbert Hubbard II, known as Bert, was the first child of Elbert and Bertha Hubbard. He would grow up watching his father transform the Roycroft from a single printing press to an Arts & Crafts community of hundreds of artisans. Bert worked in various positions around the Roycroft, but never dreamed he’d find himself in charge in May 1915, after his father was killed aboard the Lusitania. Bert would go on to run the Shops longer than his father, becoming a leader not only at the Roycroft, but throughout East Aurora. Mr. Rust will lead us on the journey of Bert Hubbard, how he saved the Roycroft, cementing its legacy in the Arts & Crafts world, and his life after the Campus closed. 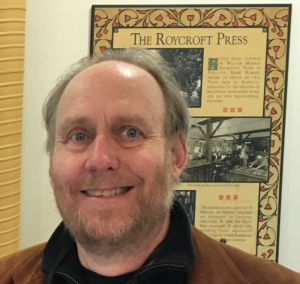 Robert is a USPAP Professional Personal Property Appraiser in good standing and an Accredited Member of the National Association of  Appraisers . His specializes in Fine and Decorative Arts, especially Arts and Crafts Era Decorative Arts, Antiquarian books and late 19th and early 20th century paintings, prints, photography and furniture.

Mr. Rust studied Photography and Art History at Arizona State University and graduated with a B.S. in Historic Preservation and Photography at S.U.N.Y. Empire State.

Mr. Rust has owned 2R Fine Arts Appraisals since 1988. Previously he was the co-owner of the Roycroft Inn (1982-1987) and the Roycroft Shops ( 1979-2000) and the 2R Fine Arts Gallery in East Aurora New York. He was a founding member and a past-president (1984-1986) and life-member of The Roycrofters-At-Large-Association.He also was the founding president of the Preservation Coalition of Erie County (New York) in 1980.

He has authored and co-authored  a half-dozen books on the Arts and Crafts Movement and is considered an expert in this field of study. He lectures and consults with museums and private collectors nationally.